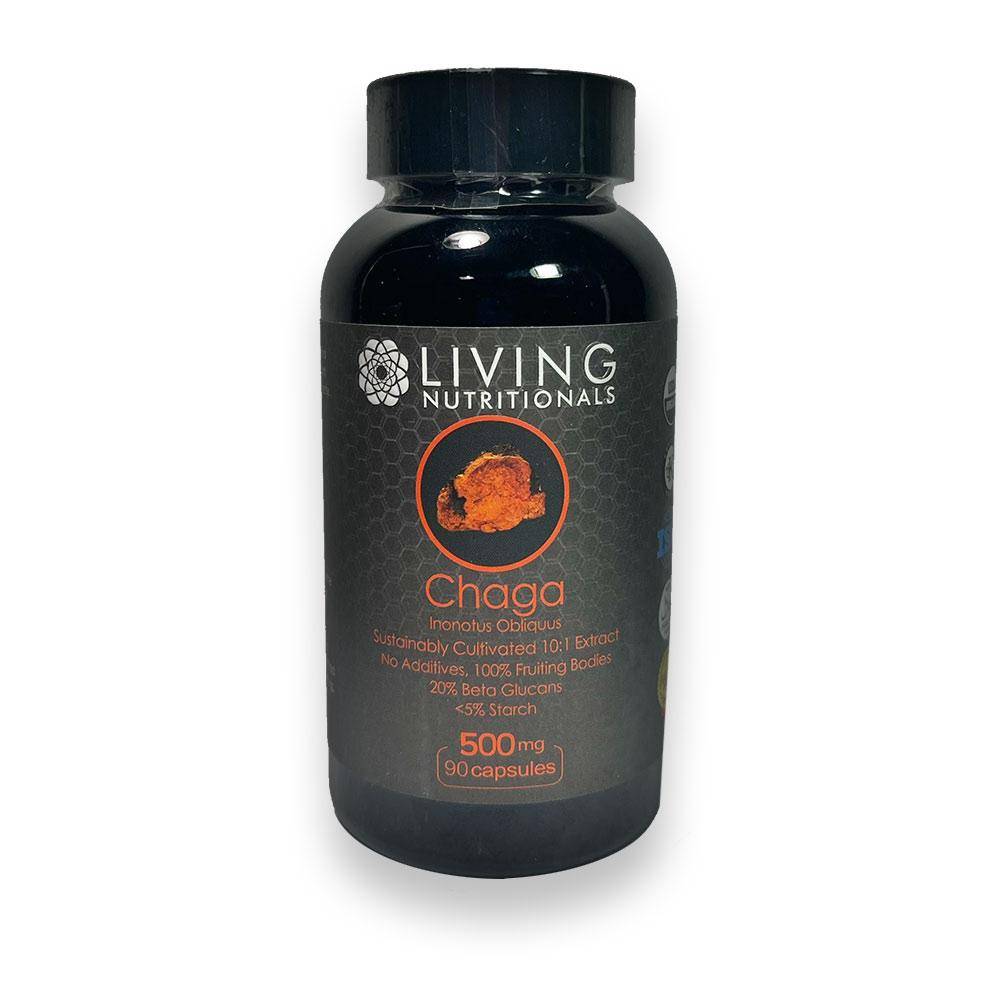 Everything You Need to know About Chaga Mushrooms

Mushrooms are a delightful ingredient to many dishes and they have a long history of usage as functional foods and in the treatment of illnesses. There are hundred varieties of mushrooms, we will spotlight on one of most effective traditional medicine known as Chaga Mushrooms.

We will discuss Chaga Mushroom's health benefits, its important active ingredients and how they function to boost immunity and your overall fitness, but first let's go over what Chaga is and how it's been used in the past.

What is Chaga Mushroom?

Chaga Mushroom, which is also known as Inonotus obliquus, is a mushroom belonging to the family Hymenochaetaceae (Basidiomycota). It is called the Chaga mushroom because of its unevenly shaped sterile conk with a burned charcoal look. The people of China, Korea, Russia and certain Western nations consume it frequently as a type of medication and health food since the 16th century [1]. It is a sort of mushroom that parasites primarily the life trunk of birch trees in the chilly northern hemisphere circumboreal zone.

Its primary active components have received much interest in the previous two decades as well as the pharmaceutical application. The proven anti-cancer, anti-inflammatory, antiviral, antioxidant, hypoglycemic, and hypolipidemic activity without obvious side-effects from long term clinical or animal experiments was shown to be present because of various chemical components including polysaccharides, triterpenoids, polyphenols, and melanin [2].

Cancer is one of the world's top deaths. In 2018, 18,1 million recent cases and 9,5 million deaths because of cancer were reported around the world. By 2040, they predict the yearly number of new cancer cases to reach 29.5 million, including 16.4 million cancer-related deaths [3]. Accordingly, researchers looked at the effectiveness of herbal supplements in cancer prevention.

In pre-clinical cancer studies, chaga extracts inhibited and promoted apoptosis in colon and lung cancer cells, and decreased melanoma cell growth in vivo. They reported that the anti-tumor activity of chaga because it contains large amounts of betulinic acid, which induces cell death of tumor cells by acting with high selectivity on tumor cells as its internal pH is lower than that of normal tissue [4].

The unfavorable impacts of traditional cancer therapies such as chemotherapy, radiation and surgical treatments have prompted new therapy techniques with perhaps less negative effects, such as immunotherapy. The scientists found that chaga mushroom regulates immune responses through the secretion of cytokines. That’s why they reported that chaga mushrooms to have anti-inflammatory and anti-allergic activities [5]. Additionally, they investigated polysaccharides isolated from the fruiting body of chaga mushrooms induced by the immuno-stimulating activity.

Blood sugar refers to a person's blood level of glucose. Glucose is a sugar type needed to operate correctly in many human tissues, and the body usually controls levels of blood sugar for homeostasis. Chaga has been proved to control your levels of blood sugar. Chaga's nutrients are loaded to help the body to regulate natural blood sugar, and balancing glucose level in the body.

Because of the quantity of polyphenols in chaga mushroom, it includes a lot of melanin, a natural black pigment with a lot of antioxidant properties. A clinical study indicate that Chaga mushroom extracts protect healthy human cells against cellular DNA damage caused by H2O2 at level similar to those produced by other existing antioxidants. This study is in line with the theory that increased oxidative DNA damage leads to cancer formation and that eating a diet high in antioxidants can help to postpone or prevent cancer [9].

Polysaccharides are natural biopolymers found in all living creatures. Between all active ingredients in chaga mushrooms, polysaccharides exhibit the most diverse biological activity, including anticancer, hypoglycemic, anti- inflammatory, and anti-oxidation properties [7].

Inotodiol is a lanostane triterpenoids uniquely found in chaga mushroom. Researchers have explored the pharmacological properties of inotodiol in a few studies, with a significant anti-cancer effect against various cancer cell lines being observed. Besides that, a study recommended to try to create a treatment for food allergy using inotodiol that inotodiol selectively inhibits the mast cell function in order to help reduce food allergy symptoms [8].

Betulinic acid is a pentacyclic triterpene sterol present in the chaga mushroom. In humans and other mammals, chaga converts betulin into betulinic acid, which is more biologically active. It is beneficial in promoting immune system health, cell division, and a healthy inflammatory response.

Researchers have revealed the high antioxidant effects of components of the chaga mushroom. Superoxide dismutase is an enzyme that breaks down oxygenated compounds named free radicals, which are greatly responsible for cellular deterioration and are considered being the key factor of the aging process. Therefore, superoxide dismutase (SOD) is a key antioxidant defense in almost all living cells that are exposed to oxygen.

Chaga mushrooms provide a diverse variety of vitamins, minerals, and nutrients, including the following: